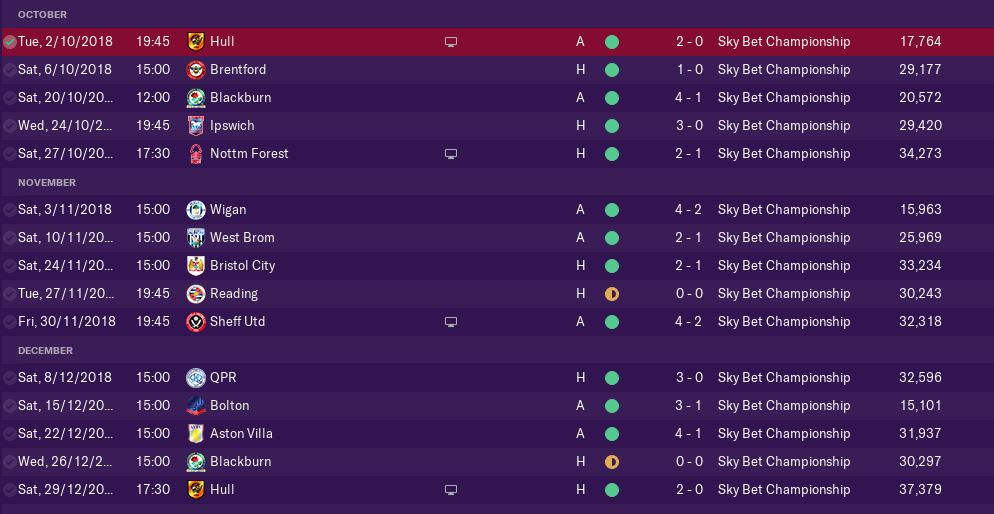 My new Football Manager 2019 save sees us seize control of a sleeping giant in the form of Leeds United.

The three-time English champions last won the league title back in 1992, the first season before the formation of the Premier League. They reached the semi-finals of the Champions League back in 2001 but soon ran into a financial crisis that led to them being relegated in 2004, then entered administration in 2007 that led to them plunging them into League One.

Leeds spent three seasons down in the third tier before returning to the Championship in 2010 and have remained there ever since, going through various ownerships and managers before Italian businessman Andrea Radrizzani taking control in 2017. We take control instead of Argentinian maverick Marcelo Bielsa.

I took a good look at the Leeds squad and realised we had a lot of talent to work with so major incomings weren’t going to be required. We sold left-back Gaetano Berardi for £1.4 million, sold a couple of random squad fillers and loaned young striker Kun Temenuzhkov out to Levski.

We signed young German midfielder Christopher Scott for £200k from Bayer Leverkusen, promising young winger Bilal on a free transfer and brought in centre-back Maxime Soulas on loan from PSV.

I was hoping the squad we had would be good enough to push for a play-off challenge, with the board expecting us to achieve a top-half finish. We had a strong base of solid professionals, such as centre-backs Liam Cooper and Pontus Jansson and central midfielder Mateusz Klich, alongside some exciting youngsters in winger Jack Clarke and midfielder Kalvin Phillips.

The season got off to a great start as we defeated recently relegated Stoke City 3-1 at home, with goals from Kemar Roofe then a brace from winger Ezgjan Alioski. A defeat at Derby County was followed by a narrow 2-1 win at home to Rotherham United thanks to 17-year-old Clarke and Roofe.

Two straight away games followed and they were tough fixtures. We first lost 3-2 at Swansea City, then went to Norwich City and got ripped apart as braces from Obafemi Martins then Louis Thompson with a consolation from Clarke.

We bounced back with a 3-2 win at home to Middlesbrough, with goals from Alioski, Phillips and Patrick Bamford, who got his first goal of the season against his former club. But then we went to Millwall and lost 3-1, won consecutive home games against Preston North End and Birmingham City, then lost 1-0 at Sheffield United.

So after 10 matches we’d won all five home games and lost all five away.

With Bamford back fully fit the team soon began to fire on all cylinders, continuing the good home performances and finding a way to win from home.

We went on a streak of eight straight wins and 16 matches unbeaten through October and December, which fired us into the top two heading into 2019. In that period, Bamford bagged 12 goals including four braces against Blackburn Rovers, Ipswich Town, West Bromwich Albion and Aston Villa. 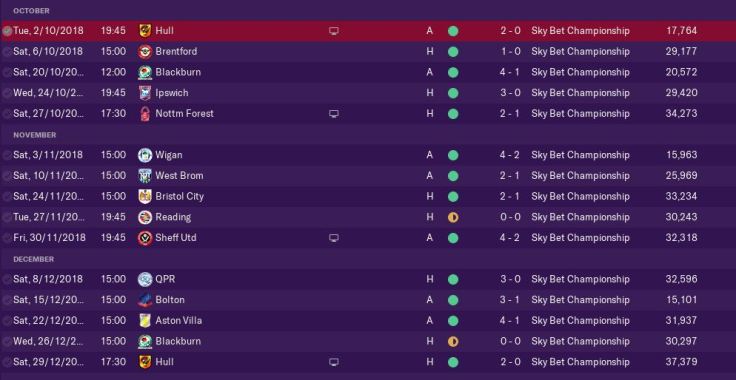 Join us next time as we look to continue the flying form into the second half of the season as The Championship hots up.