Robinho Lazaró had made a dream start to life with his second club on his Aventuras Américas journey. He’d led Universidad Católica to an unbeaten first half of the season, which saw them lead rivals Colo-Colo by a massive 14 points.

The first-team players had a nice six-week break for the Copa Chile, in which Lazaró decided to throw in the kids and reserves. That little period of rest also saw Lazaró gain his Continental C Licence, which had him well on the way to becoming a proper, big-time Football Manager with a 2.5-star reputation.

Católica returned to league action with an entertaining 1-1 draw at San Luis de Quillota, in which winger Diego Valencia opened the scoring and the hosts deservedly equalised. The same result followed at home to third-place Antofagasta, which saw top scorer Alexander Aravena return from injury with his 11th goal of the season.

They got back to winning ways with a tight 2-1 success at home to 11th-place Unión La Calera courtesy of supposed star man Marcelino Nunez’s second of the season and Valencia, both created by Aravena. Then edged another 2-1 at Lazaró’s hated Nublense.

The Chilean transfer window reopened at a strange time, with 11 games remaining. That saw Lazaró bring in a big-name attacking addition as Venezuelan striker Jan Hurtado signed on a free transfer as his Boca contract expired. He was joined by another player from Argentina in exciting left-back Matías Rossi, who joined on a free from Vélez, and promising Chilean midfielder Braulio Ramos, who came in on a strange exchange deal for Católica’s crap backup left-back.

A couple of tough tests saw Católica draw 2-2 at fifth-place and reigning champions Curicó Unido, which saw their lead cut to eight points. And that teed up a potential early title decider in the Albo-Cruzado Derby at second-place Colo-Colo. The hosts enjoyed the best of the game without really doing much to threaten Católica’s goal, despite a much-higher xG. But it swung on a substitution as Aravena came on to score the winner, assisted by debutant Rossi.

They were then frustrated by struggling Melipilla, who equalised with their only shot of the match then defended for their lives. But 21-year-old midfielder Luis Munoz stepped up to score the first goal of his career with an 89th-minute winner. Colo-Colo drew away, which moved Católica 13 points clear with eight games remaining.

They miraculously nicked a point with 10 men at home to Everton de Vina del Mar. But dominated at Huachipato and won 2-0 through right-back Guillermo Soto’s first goal for the club and centre-back Guido Abadía, who could miss the rest of the season as he suffered broken ribs.

Católica came into the final six games of the season still unbeaten and with a 12-point lead, which meant Lazaró’s first top-tier title was within touching distance.

Game 1 – Palestino (home): The season conclusion began by dominating Palestino and deservedly taking the lead through Aravena. However, they managed to gift the visitors a late equaliser then threw it away in injury-time to suffer a first league defeat of the season. They conceded to long-range strikes in the 86th and 91st minutes and lost despite having 2.10 to 0.29 xG! And Lazaró, not for the first time, laid the blame at the door of dodgy goalkeeper Angelo Campos. But Colo-Colo only drew, which took the lead down to 11 points with five games remaining.

Game 2 – Union Espanola (away): As luck would have it, the keeper conveniently injured himself in training the next week! As a result, one of the best prospects at the club, 20-year-old Issan Díaz, came in for his debut. They were equally dominant at mid-table Union Espanola until a moment of genius as Hernández curled home an inch-perfect free-kick for a 75th-minute winner. And Díaz kept a debut clean sheet! The next day Colo-Colo lost 2-0 at Huachipato, which meant Católica won the title.

Universidad Católica were Champions of Chile for the first time since 2020!!

A champions tour saw Católica dismantle bottom side La Serena 4-0 with a Valencia hat-trick and Hurtado’s first for the club, win 2-1 at Copiapó then narrowly lose the big derby 1-0 at Universidad de Chile. And they finished off by thumping Temuco 5-0 with goals from star men Hernández, Valencia, Aravena and, fittingly, Felipe Gutiérrez in his final game for the club.

Hilariously, 14 of the 15 other teams in the league had six points deducted for not complying with the match day squad rules. That meant Catolica ended up winning the league by a massive 23 points! They finished with 22 wins, six draws, two defeats, a league-high 62 goals and conceded 23. Hernández got the second-most assists with 12, but surprisingly no other players hit the top of the league’s charts.

Valencia was probably the star man with 18 goals and 10 assists, closely followed by Hernández who scored eight, got a club record 12 assists and won fans’ player of the season. A key signing was loanee Abadía, who scored three times and got a 7.26 average rating from centre-back.

35-year-old Guitérrez chipped in with seven goals and four assists and striker Aravena scored 15 in 28, which was pretty impressive. Díaz kept three clean sheets in five games and is very much the future of the club along with Rossi and midfielders Mauricio Vera and Juan Munoz.

At the end of the 2025 campaign, Robinho Lazaró was faced with a bit of a dilemma. He’d only spent one year with Católica, so he had a half mind to stay there and get his first taste of Copa Libertadores. However, there were also appealing opportunities elsewhere, with jobs available in Argentina, Brazil, USA and Uruguay.

Lazaró was strongly linked to the vacant role at Uruguayan side Liverpool FC before something much bigger and more unexpected happened. MLS side New York Red Bulls were apparently tracking him, so he speculatively applied for the job. Totally to his surprise, they offered an interview and quickly offered him the job. And, with the new opportunity quadrupling his wages, Lazaró had no choice but to say yes.

A look across the Americas

Argentina: Boca are currently top of the table, six points clear of River after 21 games. Boca also won the the 2025/26 title for the first time in this save.

Brazil: Flamengo nicked the title back off Corinthians, who finished sixth, winning the league by two points from Palmeiras. But the title race was ridiculously close with Santos one point back and Fluminense one point back from them.

Canada: Cavalry FC were Canadian champions for the third time in six years, but Pacific FC topped the league table for the third year in a row.

Colombia: Nacional were national champions for the third time in four years

México: Monterrey won the closing stage title in 2025/26, adding it to the opening stage that they won for a third successive season.

Peru: Peru remains a baffling league as Sport Hunacayo won their first-ever title, but thankfully there were no mega points deductions being thrown around.

USA: NYCFC unsurprisingly added the MLS Cup to their league title, beating Minnesota 3-0 in the final.

Uruguay: Liverpool FC won the main league but weren’t champions for the second season in a row. Wanderers won the playoff series, beating Liverpool 2-1 on aggregate in the final.

Join us next time as Robinho Lazaró moves to a new continent and manages outside of Chile for the first time in his career. But what will await him at New York Red Bulls? And can he work out how the MLS works?! 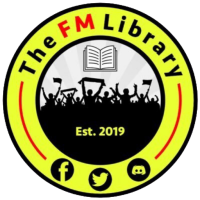 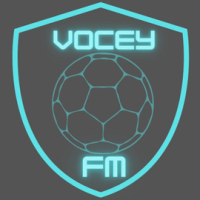 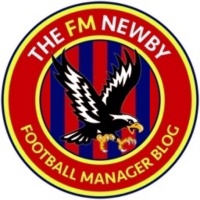 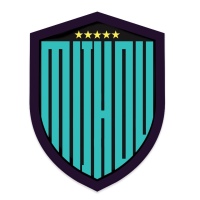