After unsurprisingly missing out on the 2026 World Cup, the next step was for his young troops – with a squad that only contained two players aged over 21 at the end of World Cup Qualifying. However, those efforts weren’t helped by star midfielder Lorenzo Casadei opting to switch allegiance to Italy despite having won 28 caps for San Marino, which seems very unfair.

2026 began with a 3-1 friendly win over Luxembourg in which DSM bagged a brace to move onto 70 goals in 52 caps, still aged just 20! He also set a new Nations League record average rating of 8.82 and won the Best Player and Best Young Player awards after scoring a sensational 17 goals in just six matches.

Up to Nations League Group B

That aside, they went 10 months without a competitive game until they stepped up to the second tier of the Nations League, where they got a difficult draw with Germany, Greece and Slovakia. The group began in November 2026 with an epic game in Slovakia, who took the lead early only for DSM and a brilliant free-kick by midfielder Nicola Pasolini to put San Marino ahead. Slovakia equalised after the break but another DSM goal made it 3-2. But Slovakia came back to nick it 4-3.

They then entertained Greece, who also scored early but a sensational hat-trick from DSM led his nation to a famous 3-2 win. That success led San Marino to its all-time highest FIFA world ranking of 116, up 93 places from when Selva took charge six years ago.

However, they then faced a tricky trip to Germany, who lost in Greece then hammered Slovakia. But San Marino got off to a flyer that reminded older viewers of their famous flying start against England as right-winger Manuel Berardi scored after just 27 seconds, which became the fastest-ever Nations League goal. Germany immediately got on top and made it count with two quick goals by Timo Werner. But they took their foot off the gas after the break, which allowed San Marino back into the contest. And they took full advantage as DSM struck twice in three minutes, the second from a brilliant cross-field run by substitute left-winger Mauro Valentini, to put them ahead. And a solid defensive effort saw them pull off probably the biggest shock in international football history. Germany 2-3 San Marino!!

That gave them confidence as they hosted Slovakia, which showed as they raced into a 2-0 lead inside nine minutes through Valentini and DSM. Slovakia got one back but striker Fabio Zafferani restored the two-goal lead with his first goal for San Marino. And that man DSM wrapped up a convincing 4-1 win after the break.

Unbelievably, after four games, San Marino led the group on nine points, followed by Greece on seven, Germany on four and Slovakia on three. Next up was Germany at home, and the Germans exacted revenge with a 4-1 win. However, San Marino had right-back Marco Tini sent off just before half-time and were unlucky not to get something out of it as DSM had a goal dubiously disallowed and hit the post just before the Germans’ third. But he did score his 80th international goal in just 57 caps!

That meant a win away to Greece in the final game would send minnows San Marino into the top tier of Nations League. It wasn’t looking good as Greece scored a screamer inside two minutes and Germany led in Slovakia, which would drop San Marino to third. However, DSM drew them level with a sensational solo goal just after half an hour. Greece had the best of it but missed loads of chances and Selva sensed another upset. So he pushed his team forward late on and it paid off as that man DSM yet again stepped up in the 87th minute with a wonderful run and finish to seal a 2-1 win. Greece 1-2 San Marino!

And, ridiculously, that meant San Marino were promoted from Nations League Group B into the top tier!

I thought early 2027 would be an opportune time to introduce some of the best players that are establishing San Marino on the international stage. Of course, the main man is striker Davide San Marino, but the highest ability players after him are holding midfielder Mattia Casadei, right-back Marco Tini and centre-back / holding midfielder Nicola Pasolini.

Apparently, EURO qualifying is based on teams’ performances in the Nations League, which meant San Marino were amongst the second seeds. That landed them a relatively favourable draw alongside Austria, Bosnia, Slovenia, Armenia and Andorra.

Bosnia at home was first up and they did well to earn a 1-1 draw and could even have nicked all three points. That was followed by the toughest task of the group, away to Austria, and they were again excellent. They twice led through DSM and a debut goal by M Tomassoni but were eventually pegged back to 2-2 and another impressive point.

DSM then ran riot with four goals in a 5-0 thumping of Armenia then five in an amazing 8-3 win in Andorra – although how Andorra managed to score three is pretty baffling. That, plus a brace in a 3-0 friendly win in Latvia, took DSM to an outrageous 94 goals in 63 caps!

The summer of 2027 saw Selva finally manage to convince attacker Mattia Casadei (not to be confused with holding midfielder Mattia Casadei!), who’s one of only three Sammarinese players to regularly play in Serie A, to reverse his decision to represent Italy. However, they lost right-back Tini in the opposite direction.

The EURO qualifiers continued at home to Slovenia, which was another crazy game. San Marino raced into a 3-0 lead, Pasolini got sent off again, then Slovenia dragged them back to 3-3. But that man DSM stepped up to score a superb solo goal that wrapped up his hat-trick and nicked a 4-3 win! A much better defensive effort saw them earn a 0-0 at group leaders Bosnia, inspired by 11 saves from 18-year-old Zanotti. And the keeper was at it again with 11 more saves to earn a 1-1 draw at home to Austria.

With three games remaining, San Marino were second in the group, four points behind leaders Bosnia and one ahead of Austria. They’d also set a new national record of nine games unbeaten.

That run extended with a 7-0 thumping of Andorra, in which DSM bagged a hat-trick to move to an outrageous 100 goals in 67 caps. Bosnia lost at home to Slovenia to close the gap to one point. They then went to Armenia and edged a 2-1 win on the same day Austria beat Bosnia 2-1. And that sent San Marino top of the group with one game remaining, one point clear of Austria who were one further point ahead of Bosnia!

That set up the biggest match in Sammarinese football history away to Slovenia, while Austria and Bosnia travelled to Armenia and Andorra respectively. Win in Slovenia, and San Marino would be going to the European Championships! They started well as Berardi laid on two goals for DSM in the first 11 minutes. Slovenia had the better of it without creating anthing overly dangerous, and were punished as Casadei (striker) scored then laid on a third for DSM late on. Slovenia 0-4 San Marino.

San Marino were on their way to Euro 2028!! And their success saw San Marino rise up into the top 100 of the FIFA World Rankings for the first time in the nation’s history! They now sit 99th, one place below Haiti and one ahead of North Korea.

Join us next time as we lead San Marino into their first-ever major competition, in what will be the final episode of this experiment! 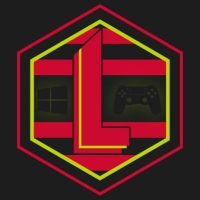 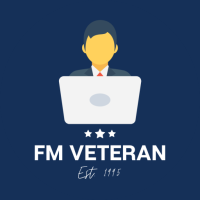