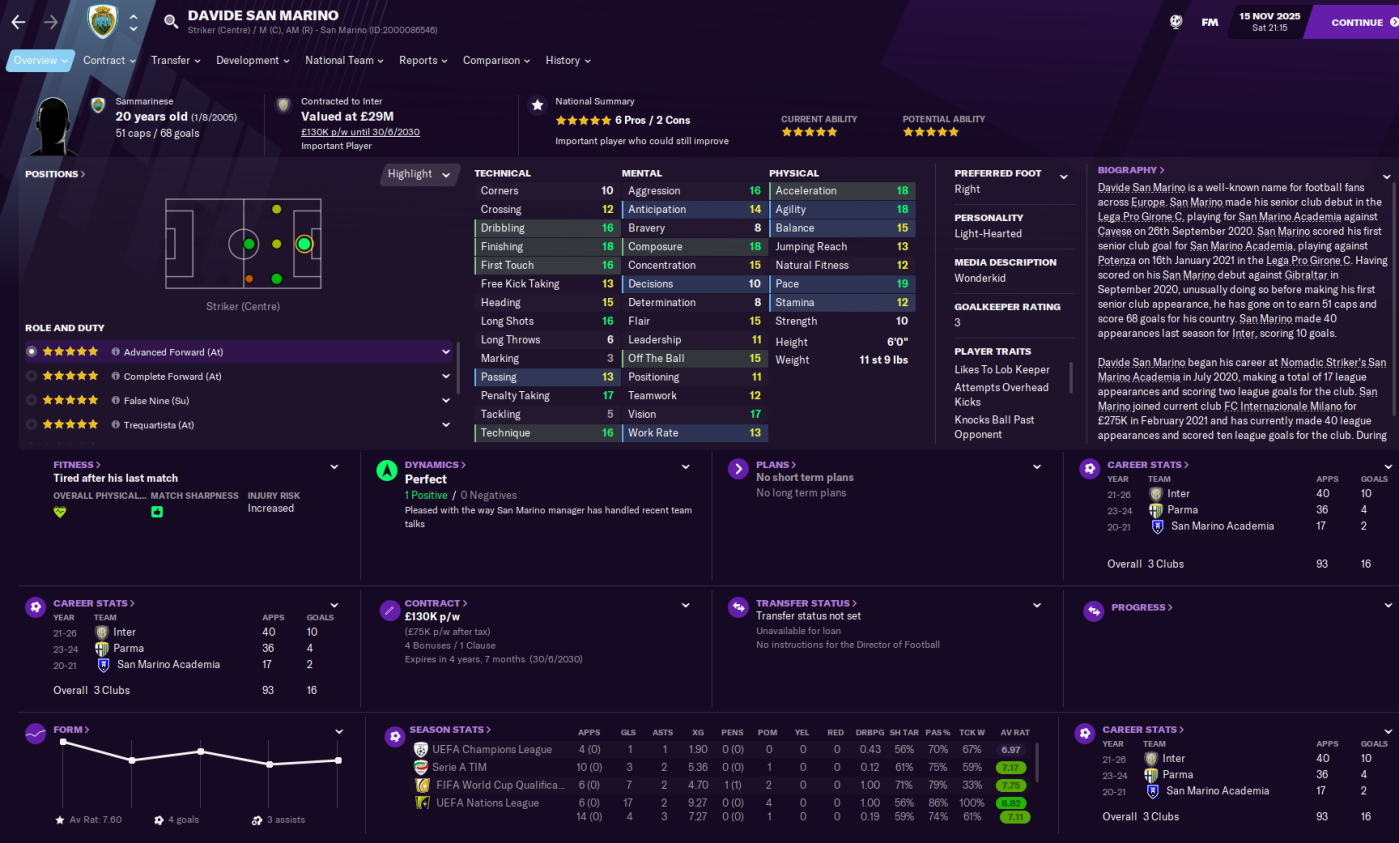 A little break between completing my FM21 saves and the release of FM22 led me back to my experiment into whether you can improve the world’s worst national team with improved youth ratings and a superstar striker to build a squad around. Check out the most recent blog on the adventure here.

After four years in charge of San Marino, Andy Selva had taken the minnows from 209th in the FIFA world rankings to 150th. He’d also led them to Nations League promotion and a best-ever Euro qualification performance that included a 0-0 draw at home to World Cup finalists Spain.

A couple of friendlies in March saw an unlucky defeat in Azerbaijan then a 6-0 thumping of Gibraltar, then in June a 4-0 win in Moldova. Those games saw superstar striker Davide San Marino – who we created as a spearhead for Sammarinese football – move on to 42 goals in 38 caps.

A long period without games saw several of San Marino’s young starlets progress very nicely. The pick of those was midfielder Lorenzo Casadei, who sealed a £6 million move to Sampdoria over the summer, and left-winger Paulo Selva, who’s now worth £4.2 million. But, of course, the star man DSM has continued to flourish after a season on loan at Parma, who oddly played him in centre midfield!

The friendlies preceded the draw for Selva’s third Nations League campaign. Now in Division C, San Marino were handed a tough test up against Estonia, Montenegro and Romania. And the beginning of the Nations League ended 10 months without a competitive match.

The campaign began with the toughest test of the group, away to Romania. But San Marino worked absolute wonders to win 1-0. DSM scored after 26 minutes then Thomas Vannucci was an absolute brick wall in goal, keeping Romania out despite their 3.24 xG and making a ridiculous 18 saves to earn an 8.70 rating.

An easier task followed at home to Estonia. DSM scored early and his strike partner Daniele Zavoli doubled the lead 8 minutes later. Estonia got one back but DSM scored three goals after the break to seal an impressive 5-1 win. They then went to Montenegro and bossed the first half with 15 shots to 5 but DSM’s opener was instantly cancelled out. But the striker wasn’t to be deterred as he scored seconds ito the second half then hit the bar before Montenegro got a dubious penalty. But DSM hit back with three more goals to seal a ridiculous Nations League record five-goal haul and 5-2 win, in which Zavoli got 3 assists. That took DSM past 50 international goals with 52 in 41 caps!

That sent them into a big game with Romania, which was a dull 0-0 affair, followed by another home draw as DSM scored twice in a 2-2 with Montenegro. And that set a new national record of 7 games unbeaten. Heading into the final game in Estonia, a win would seal the group for San Marino. They made a great start with a brilliant DSM solo goal then a brace from right-winger Manuel Berardi. The rout continued through midfielder Lorenzo Casadei, who set up DSM’s second and the main man bagged three more for another five-goal haul plus two assists! An outrageous national record 8-0 win wrapped up the group and sealed promotion. More importantly, this success moved San Marino up to 137th in the FIFA rankings.

That success set up a qualifying campaign for the 2026 World Cup. San Marino were still a fifth seed and they got a really tough draw against Italy, Czech Republic, Russia and Belarus.

It began with DSM missing a first match for San Marino in five years as he got injured playing against Real Madrid for Inter. First up was the Czechs at home, and San Marino got a flyer through an absolute rocket by midfielder Mattia Capicchioni. But the Czechs came back to win 2-1 with a late winner by Patrick Schick.

Next up was the toughest test possible for any Sammarinese player – away to Italy. Federico Chiesa scored twice in the first 15 minutes and Italy dominated but Selva was pleased to escape with a 4-0 loss.

Back to back clashes with Belarus followed, starting with the away game. DSM’s return inspired them to get back to winning ways as a late brace sealed a 3-1 win after his strike partner Marco Martini’s first goal for his country was immediately cancelled out by a direct free-kick. And DSM was also to thank for a home win as he scored twice to cancel out Belarus goals then scored a 25-yarder to nick it 3-2. What a player! And he scored two more in a 5-0 friendly win in Armenia.

This run of wins saw San Marino climb 11 places to 127th in the FIFA rankings, up more than 80 from their starting position five years ago.

But things got much tougher, starting with the visit of Russia. But San Marino performed well to restrict the Russians and hold them to a 0-0 draw. And they were excellent despite defeat in a 5-3 thriller at Czech Republic, in which they even led 2-1 just before half-time.

That was followed by another tough task at home – which has bizarrely become to Italy. And Selva was again relatively satisfied with a 4-1 loss, which Italy of course dominated. They then went to Russia and performed impressively to earn a 2-2 draw, inspired by 18-year-old striker Gian Luca Valli coming off the bench to grab two assists.

That left San Marino in 4th place, but with eight points they were only four behind second place Czechs and, had Russia not grabbed a late equaliser, they could have finished third. So an all round impressive effort by the minnows. And they now climbed further up the FIFA rankings to 122nd, a rise of 87 in five years.

Time is against us in this experiment, but we’ll try to push ahead to see how much further we can progress this exciting young San Marino side. 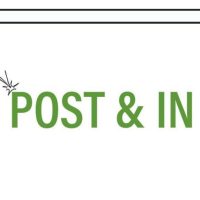 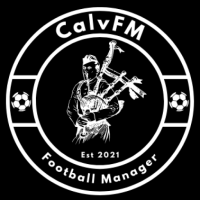