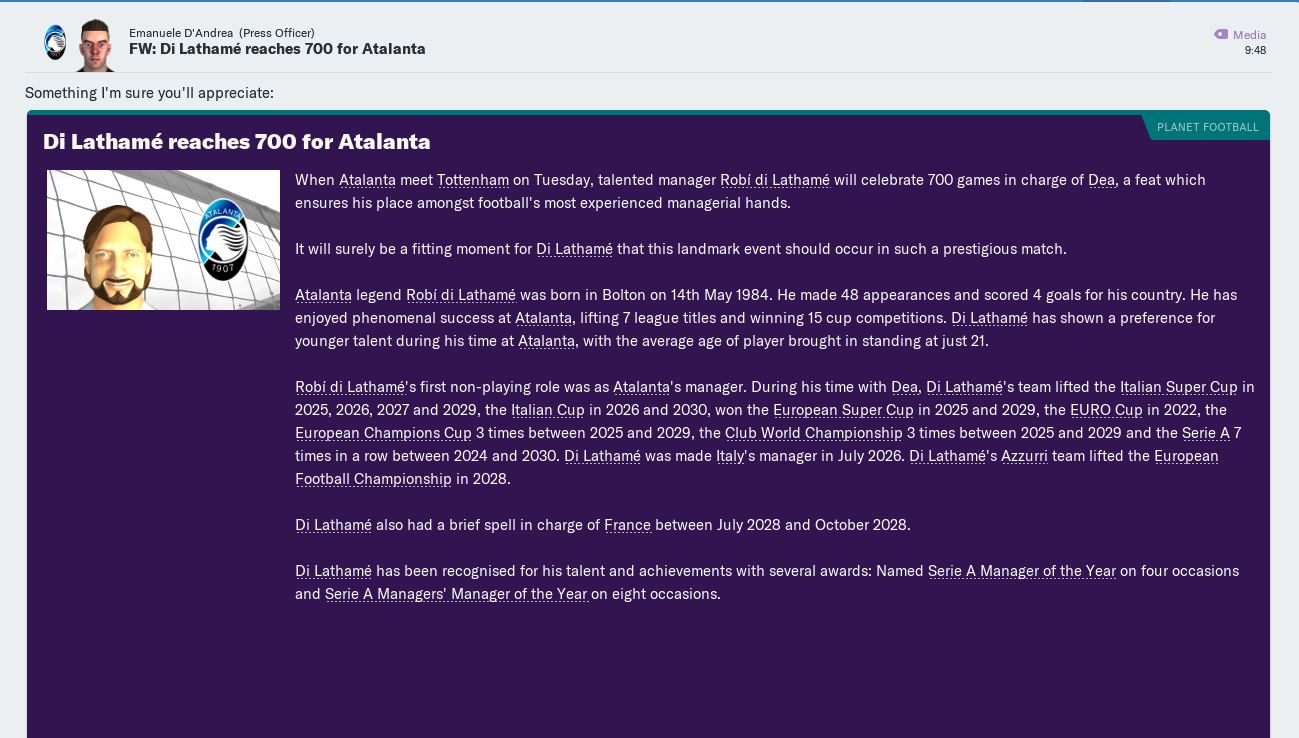 We moved into 2031 with Atalanta sitting pretty at the top of Serie A on a 17-match unbeaten run in the league and having progressed to the knockout stages of the Champions Cup. 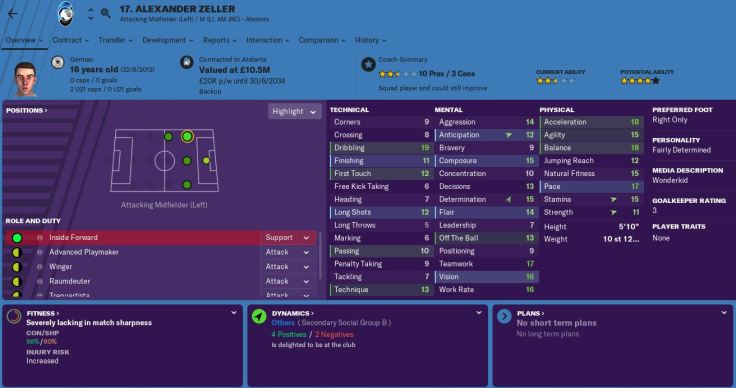 The new year began with a testimonial match against Paris Saint-Germain for our former striker Musa Barrow, who’d had a good career in France since leaving us in 2020.

We then missed out on silverware with a penalty shootout loss to AC Milan in the Italian Super Cup. But we bounced back with a 4-0 drubbing of Perugia, thanks to braces from left-winger Lahcen Abdellaoui and young striker Bjorn Amler, ahead of consecutive clashes with both Milan sides.

First up was a trip to AC Milan, who scored a late equaliser to cancel out Hallvard Steinkjer’s first-half opener to claim a 1-1 draw. Then the roles were reversed as we hosted Inter Milan. We were up against it when left-back Alberto Pfandler was sent off after 34 minutes then Inter took the lead just before half-time, but the increasingly impressive 16-year-old right-winger George Aliyu grabbed a leveller with 4 minutes to go.

An Italian Cup exit at AS Roma, in which we put a second 11 out as usual, allowed us to focus our efforts on the league – which saw us go on another incredible run of form.

It kicked off with an Edward Mensah double and Bjorn Amler goal sealing a 3-0 win at home to Palermo, which was followed up by a 3-2 win at Juventus thanks to a Cosimo Marco Da Graca brace and a goal from Matteo Giacalone – which had put is into a 3-0 lead.

Left-winger Godwin Okechukwu returned from injury and immediately got straight into the swing of things with two consecutive braces in 3-0 and 3-1 wins over Pescara and Salernitana respectively. Then two consecutive 4-0 wins over Lazio and Napoli saw Da Graca also claim braces in both, with Okechukwu and Mensah also scoring in both – as our front three really hit form.

We hit four goals again as we entertained Roma, a win that was sealed by two goals in injury time by substitutes Aliyu and Amler and was well deserved after racking up 34 shots. 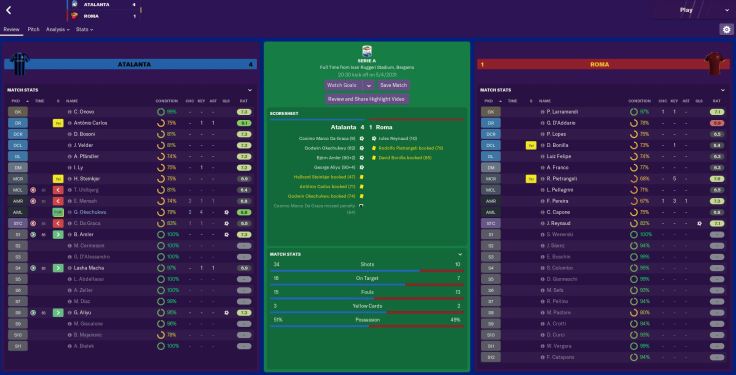 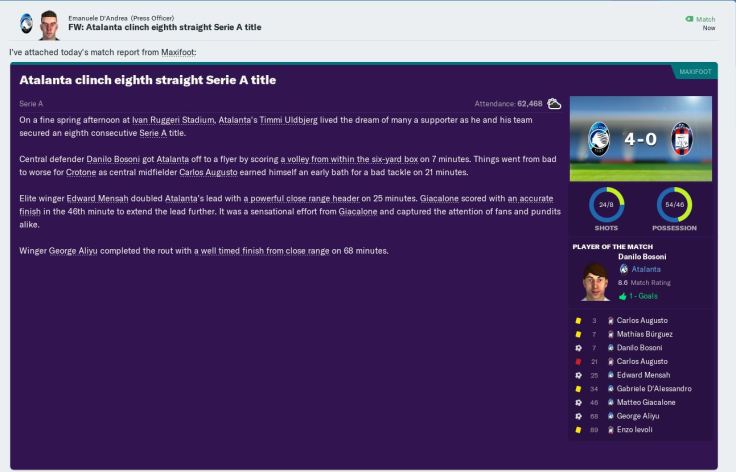 The draw for the first knockout round of the Champions Cup saw us tied with Valencia and we edged through a very tight affair. Mensah’s goal in the first minute of the second half secured a 1-0 away win in the first leg, and we sealed progression with a 1-0 home win through a Da Graca goal.

Moving into the quarter-finals we were up against familiar foes in Juventus. We were at home first and a 3-2 win meant we went to Turin with a potentially tough test, but another Mensah goal after 6 minutes settled the nerves a little. Juventus got back into it in the first minute of the second half we held on for the rest of the match for another narrow victory.

That put us into the semi-finals where we drew a strong Tottenham Hotspur side, once again at home in the first leg. We were fantastic in the match, as goals from Mensah, Amler and Okechukwu and an own goal saw us take a commanding 4-0 lead to London. However, we very nearly bottled the lead at Tottenham, who took the lead after 12 minutes then two late goals from former Inter striker Arlind Bulku made things very nervy. But, in my 700th game as Atalanta manager, we held on to seal a fifth Champions Cup final appearance. 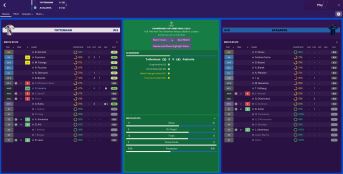 We again faced English opposition in the Final, as Manchester City appeared in their fifth Champions Cup Final in the last ten seasons. And, like the other four that had gone before, they once again tasted defeat.

However, City should have won the match having completely dominated it, racking up 17 shots to our 5. But we managed to make our opportunities count as Mensah struck just after half-time and we hung on to record a fourth Champions Cup crown in the past seven seasons.

During the season our main man and stalwart Da Graca passed the 300-goal mark for Atalanta, and now has 307 goals in 453 games in all competitions.

It was another incredible season for midfielder and club captain Timmi Ulbjerg, who once again broke both the Atalanta and Serie A assists record. And that form had a role in him coming third in the World Player of the Year award, the first time one of our players has finished in the top three of the award.

Unsurprisingly, Da Graca topped our goalscoring list with 22 goals, but there were also impressive hauls for Mensah, Okechukwu and Giacalone, while now 17-year-old Aliyu was our sixth top scorer. 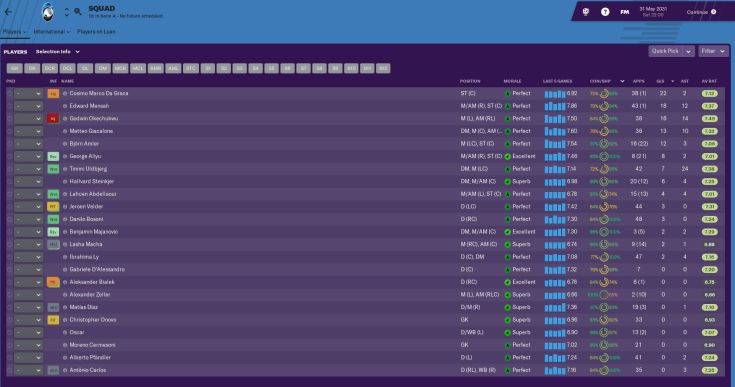 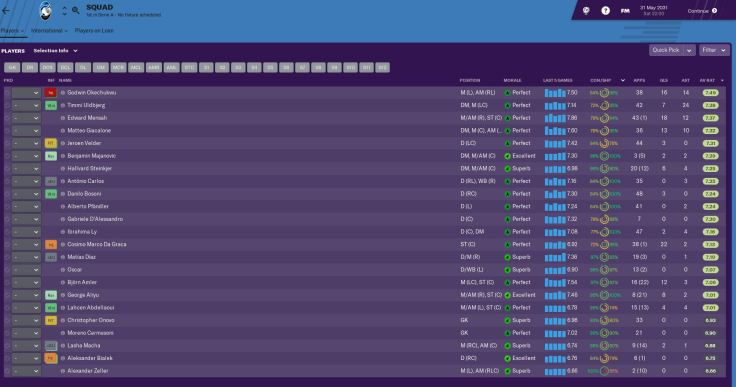 Looking to the future of the club, our youth intake saw us bring in a player that has been described as one of the most exciting players of his generation. Filippo Febbrasio became Atalanta’s youngest ever goalscorer against Perugia in the penultimate game of the season and looks like a very exciting young talent. 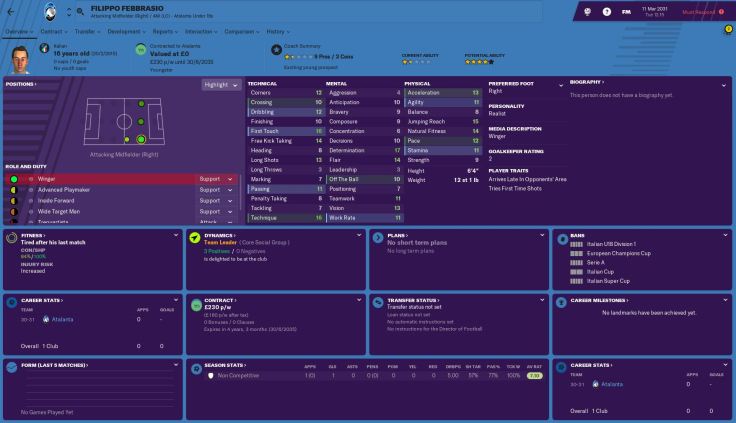